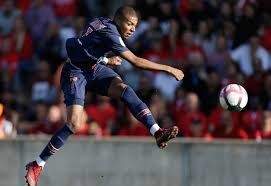 We know that the competitive calendar that the great teams have, is loaded with great competitions, league, cup, Champions, etc. But … and the teams that play only one competition throughout the year in first and second division? How many teams train all week to only play one day on Saturday or Sunday? and how many substitute or non-called players do not compete in each day?

The competitive calendar for those teams that have only one weekly competition and for players not called, could play a parallel league during the week with Soccer Depredagol We all know that nowadays sports in general compete more than they train – with due recoveries – For this reason Depredagol is a great opportunity to offer the fan another competitive football model, for all those teams mentioned at the beginning of this publication.

We must take into account the dynamics of the game of Depredagol, which allows extensive recoveries between the series so that the player does not suffer a significant energetic wear, in this way the players can be in perfect physical condition in 24h. A European calendar of Depredagol-5 football weekdays for teams that do not have direct or qualifying access to European competitions in the first and second divisions. All teams eliminated in the Champions League and Europa League would be incorporated into this competition as the qualifiers progressed.